So many years filled with laughter and fun. He made the family so happy, in fact he was happiness. He kept his family together. Stephen Weatherhead was such a kind-hearted and caring person that everyone he knew or met loved him.

While he was making his journey to heaven it was hell on earth for my family. That day was so grey that I never thought the sun would’ve shone again. I could remember that evening going home on the school bus and my cousin who is a police officer stopping the bus and asking for me. I knew it had to be something very serious, but  I was never in a million expecting the horrific news that my father had passed away, and during the morning time to besides at the hospital. I was very annoyed and heart-broken at the fact that my sisters and I found out the news in the evening.

“To entertain he had the corniest jokes ever,
but still made you laugh.”

My younger sister was in the front seat of the car my cousin drove, we didn’t even look at each other. We just kept silent with tears flowing from our eyes. It’s when we reached the hospital and saw our family just standing there with teary and red puffy eyes that we broke down instantly. My older sister wasn’t there at the time but it was so hard to speak with her over the phone.

Daddy had gotten married in 2009 to my mother and everything was going well until he had found out he had cancer. He was a person known to never succumb to illness. Apparently the cancer was in his body for a while even when he was up and good. He lived to see his wedding anniversary and passed four days later. At thirteen years old I never thought that my father would’ve left so fast. I literally thought he would’ve never died.

Up till now I still cry because he was such a GREAT father. There’s no denying in that! Going to school wasn’t easy after, that I had begun to lose focus and dropped back a bit in my work. I’ve known daddy to be there in everything! To come home on evenings and see his car still parked at the side of the house was so tough and not seeing him during the night wasn’t easy.

My father was such a good man. He would go his way out to help anyone. He had a special love for animals as well. He could see an injured animal, no matter what it may be and try to help it. He’d even go as far as to take home the injured creature and take care of it. Anyone that knew him well would’ve known his favorite animal was a cat.

He was a great cook! I wish I could taste his food again, especially when it came to his macaroni pie and bake chicken, his white rice with veg and chicken, his soup and those bakes that I use to eat bowl full’s of. I wish he had left recipes for those because nobody can remake his food.

When guest came over he would order large boxes of pizza each to suit different preferences. To go along with the pizza had to be coke. He loved a coke! I really enjoyed those times. To entertain he had the corniest jokes ever, but still made you laugh.

Workwise he was the CEO of his own private security company. Work was very important to him and he treated his workers with respect. He was a very sincere boss.

He was a man of God. Every Sunday he would attend church and my sisters and I had no choice but to go as well. When praising God his hands would always be clasped. Daddy might have had a past not too bright, but it was his future that shone. His huge turnaround in life taught me a lesson and that is ‘your past does not hold or determine your future.’ He was such a soul and had a love for his four daughters and family, he himself couldn’t explain. 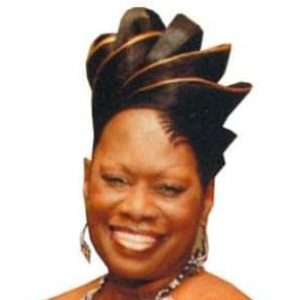 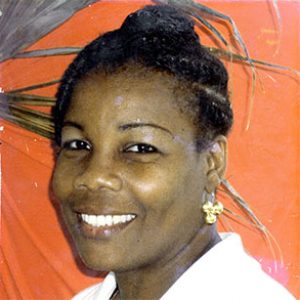