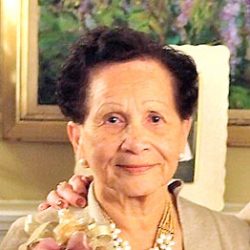 Agnes Thyrza O’Selmo Gittens Passed away peacefully at her home in the USA on June 29, 2017. Mrs. Gittens was formerly employed by the Barbados Light and Power Company until her retirement in 1988.

Light a Candle or Give a Gift
Obituary Viewed 3836 times

Agnes loved to spend time with her family in and outside of Barbados; being with her children and grandchildren meant the world to her. She enjoyed traveling and praising God in song.

Words to describe her are: generous, selfless, mentor and friend to all who knew her.

Agnes was predeceased by her:

A Service of Thanksgiving celebrating the life of Agnes Thyrza O’Selmo Gittens will take place at The Chapel of Coral Ridge Memorial Gardens, The Ridge, Christ Church on Thursday, 20th July 2017 at 1:00 pm, preceded by the viewing at 12.00 PM and followed by the interment in Summit Gardens. Floral tributes may be delivered to St. George’s Home for Funerals no later than 10:30 AM on Thursday, 20th July 2017.

Enquiries of the funeral

can be made at