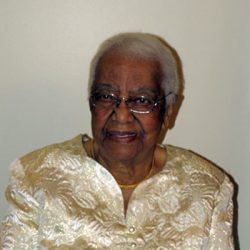 Light a Candle or Give a Gift
Obituary Viewed 2120 times

Please see the following information for the upcoming funeral service and feel free to sign the guestbook. Watch our Popular Videos

on tributes and Barbados history.

It is with sadness we announce the peaceful passing on October 30, 2020 of ANITA ODESSA.  Anita was born December 21, 1918 in St. Michael, Barbados, and as a young woman she met and then married Gordon Calvester Francis from St. Barnabas, Barbados and they were members of the Dayrells Road Gospel Hall.

In the summer of 1955, the family relocated to Glace Bay, Nova Scotia, Canada. They worshipped at the Sydney Gospel Hall where Anita and Gordon were in fellowship for over 50 years. They were blessed with

Anita was predeceased by her parents Edwin and Eldica (Waldron) Brathwaite, and sister Dorothea Brathwaite (New York, U.S.A).  She was relative of the Brathwaite, Francis, Linton, Redman and Walcott families (Barbados, Canada, England and U.S.A) and the late Marjorie Jones (Linton).

Anita lived an exemplary life filled with happy laughter and concern for friends and amazing neighbours. When not focusing on her family, Anita ran her own business as a local seamstress who is well remembered in Barbados and Glace Bay.  She lived a rich and satisfying life full of blessings and triumphs that allowed her to reach 101 years. 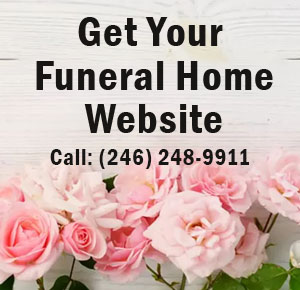