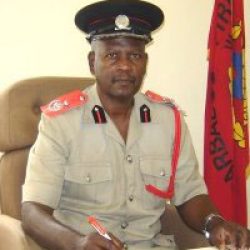 Light a Candle or Give a Gift
Obituary Viewed 3292 times

Son of the late Ruth Blackman and Fitzgerald Hinds;

Brother of Joyce Holder and the late Mitchinson Blackman and Silvia Lashley;

Uncle of Dawn, Michael, Robert, Desiree, Audrey and many others;

Cousin of Jacqueline Holder and many others;

Relative of the Holder, Blackman, Meade and Roberts families;

A Service of Thanksgiving celebrating the life of Anthony Stephenson Blackman will take place at The Chapel at Coral Ridge Memorial Gardens, The Ridge, Christ Church on Saturday March 12, 2022 at 10:00 AM, followed by the interment in Frangipani Lawns at Coral Ridge Memorial Gardens. Viewing takes place at St. George’s Home for Funerals, Carmichael House, Carmichael, St. George, on Friday March 11, 2022 from 4:00 to 6:00 PM and an hour before the commencement of the Service at the Church. Flowers may be delivered to St. George’s Home for Funerals no later than 7:30 AM on the day of the funeral. You are invited to live stream the funeral service at https://stgeorgesfunerals.live/AnthonyBlackman

Enquiries of the funeral entrusted to St. George’s Home for Funerals 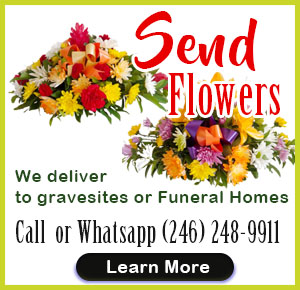