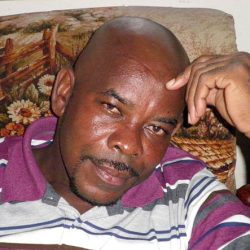 Light a Candle or Give a Gift
Obituary Viewed 3132 times

Relative of the Garrett, McIntosh and Weir families.

Friend of Ricky Ford, John Fanis and the Breath of Life Church Family.

The funeral of the late Clifton Cardinal Garrett, leaves Tudor’s Funeral Home, The Ivy, St. Michael on Thursday, July 5th, 2018, at 12:15p.m. for the Breath of Life Seventh Day Adventist Church, White Hall, St. Michael, where relatives and friends are asked to meet at 1:30p.m. for the Service.

The cortege will then proceed to the Bushy Park Cemetery for the Interment.

Flowers may be sent to Tudor’s Funeral Home, no later than 12 noon. on Thursday.

The body will repose for viewing in the Chapel of Tudor’s Funeral Home on Wednesday, July 4th from 4:00p.m. until 6:00p.m.