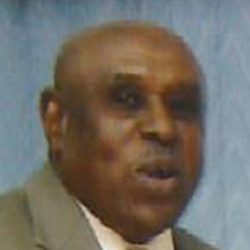 Light a Candle or Give a Gift
Obituary Viewed 3324 times

Son of the late Clyde Alleyne (Snr) and Miriam Alleyne. Brother of Esther Husband (London, England), Tony Lowe (Florida) and James Lowe (USA). Uncle of Samantha and Andre Husband (Both London, England). Nephew of Thorill Martin, Doreen Watson and Cecil Russell. Cousin of Arleigh, Glyne and Carol Martin and Ricardo Stoute and many others. Friend of Edward and Rhonda Gittens, Johnny and many others too numerous to mention.

A Service of Thanksgiving celebrating the life of Clyde Douglas Alleyne will take place at Abundant Life of Assembly, Bank Hall, St. Michael on Friday, November 17, 2017 at 10:00 AM. The cortege will then proceed to the Westbury Cemetery for the interment.