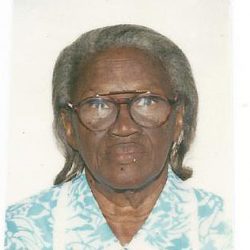 Light a Candle or Give a Gift
Obituary Viewed 3925 times

A Service of Thanksgiving celebrating the life of Elise Eileen Hall will take place at The Breath of Life Seventh-Day Adventist Church, White Hall Main Road, St. Michael, on Thursday December 21, 2017 at 10:00AM. The cortege will then proceed to The Westbury Cemetery for the interment.