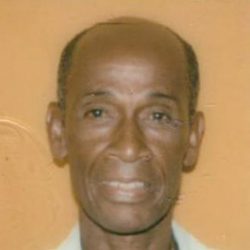 Light a Candle or Give a Gift
Obituary Viewed 3059 times

Son of the late Esther Maynard and Elliott Horton.

Friend of June Walton and many others.

Relative of the Carter and Maynard families.


The funeral of the late Elvin Livingston Maynard leaves Tudor’s Funeral Home, The Ivy, St. Michael on Monday, 23rd October 2017 at 11:45a.m. for The Grace Bible Church, Paddock Road, St. Michael where relatives and friends are asked to meet at 1:00p.m. for The Service.

The cortege will then proceed to the Westbury Cemetery for the Interment. Floral tributes may be sent to Tudor’s Funeral Home no later than 11:30a.m. on Monday. Mourning colours are optional. The body will repose for viewing in the Chapel of Tudor’s Funeral Home on Sunday from 4:00p.m. until 6:00p.m.