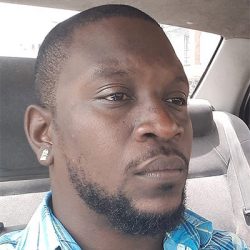 Light a Candle or Give a Gift
Obituary Viewed 3154 times

Grandson of Joyce Walcott and the late Luther “Wally” Walcott.

The funeral of the late JASON PAUL WALCOTT takes place on Saturday 6th October, 2018 at Church of the Nazarene, Bank Hall, St Michael where relatives and friends are asked to meet at 10.00 am for the service of Thanksgiving. The cortege will then proceed to Westbury Cemetery for the burial. Viewing of the body takes place in the Chapel of Two Sons Funeral Home on October 2018 from 4pm to 6pm. Flowers may be delivered to Two Sons Funeral Home not later than 8.15am on Saturday. No mourning colours by special request but the colour is preferred.

Condolences may be sent to kmjtransportfuneralservices@hotmail.com or posted at KMJ Transport & Funeral Services on Facebook