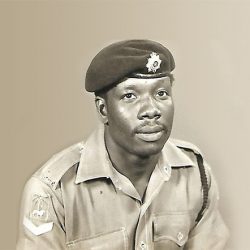 Light a Candle or Give a Gift
Obituary Viewed 3167 times

“Worley” served in the British Army and he was also a Supervisor at the Florida Department of Juvenile Justice Detention Center until 1998 when he retired and returned to Barbados.  A hardworking man of principle has now gone to take his rest and he will be greatly missed!

Son of: The late George and Evelyn Morrison

Grandfather of: Aymil and Christian

Uncle of: of host of nieces and nephews residing in Barbados, USA, Canada and the United Kingdom

Cousin of: Many in Barbados, USA, Canada and the United Kingdom

The life and work of Joseph Worley Morrison will be celebrated in a Thanksgiving Service on Thursday March 01, 2018 at St. Bartholomew Anglican Church, Christ Church, where relatives and friends are asked to meet at 2.00 pm, with the interment immediately following in the Churchyard.

The Organist and members of the Church Choir are kindly asked to attend.

His body will repose for viewing on Thursday from 1.00 pm until the start of the service during which time floral tributes will be gratefully accepted.

Monetary donations toward the St. Bartholomew’s Restoration Fund will be appreciated.