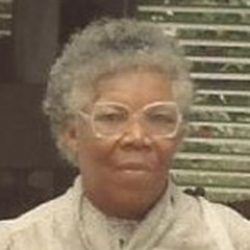 Light a Candle or Give a Gift
Obituary Viewed 3876 times

A Service of Thanksgiving celebrating the life of Naneta Jarvis will take place at Coral Ridge Memorial Gardens, The Ridge, Christ Church on Saturday, October 14, 2017 at 2:00 PM. The cortege will then proceed to Christ Church Cemetery for the interment. Viewing of the body takes place at St. George’s Home for Funerals, Carmichael House, Carmichael, St. George, Friday, October 13, 2017 from 4:00 p.m. to 6:00 p.m. Flowers may be delivered to St. George’s Home for Funerals no later than 12 Noon on the day of the funeral.

Save $10 off on memorials when you enter promo code 97B58, click here.