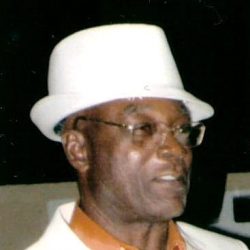 Light a Candle or Give a Gift
Obituary Viewed 3400 times

Son of the late Clotelle Headley and Joshua Haynes.

Father of Carol Chambers-Yarde (Min. of Health and FMH), Andrew and Ryan Yearwood.

Uncle of Merlene, Sherryanne, Sandra, Sandy and Miguel Headley, Marcelle Garnes and many others.

Friend of Earl, Ricky, Ian, Oliver, Everton and many others.

The funeral of the late Patrick Douglas Headley; leaves Tudor’s Funeral Home, The Ivy, St. Michael on Wednesday, October 18th, 2017, at 10:30a.m. for Holder’s Hill Seventh Day Adventist Church, Durante Village, Holders, St. James; where relatives and friends are asked to meet at 12 noon for the Service. The cortege will then proceed to the St. James Cemetery for the Interment. Flowers may be sent to Tudor’s Funeral Home, no later than 10:15a.m. on Wednesday. The body will repose for viewing in the Chapel of Tudor’s Funeral Home on Tuesday from 4:00p.m. until 6:00p.m.