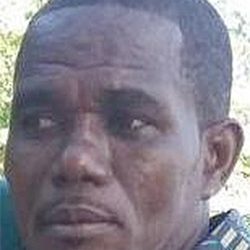 Aged 48, of Baycroft Gap, Pine Road, St. Michael, employee of Magic Isle and former employee of Massy Stores. Memories of you will always remain as we reflect on your generosity and true character as well as your love for horses. We release you in God’s care until we meet again.

Light a Candle or Give a Gift
Obituary Viewed 4300 times

Son of Allan Bynoe and The late Christina Bynoe;

Uncle of Cherrianne, Kherrianne and Madonna Williams, Sean and John Ishmael, Corey, Tonya Anthony and Simon Sealy and Many others;

Relative of The Bynoe Simmons and Russell families;

Friend of Victor Cheeseman, Rodney Harewood, Kerri-ann Farrell, The Parris, Squires and Weekes families and Many others.

The life and work of Roger Bynoe will be celebrated in a Thanksgiving Service on Friday, September 15, 2017 at the Sealy Memorial AME Church, Collymore Rock, St. Michael where relatives and friends are asked to meet at 2.00 pm.  The cortege will then proceed to the Christ Church Cemetery for the interment.

His body will repose for viewing on Friday from 1.00 pm until the start of the service during which time floral tributes will be gratefully accepted.