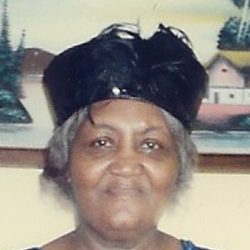 Light a Candle or Give a Gift
Obituary Viewed 3662 times

Daughter of The late Gladys and William Gittens;

Great-grandmother of Tyrell Tyrese and Tyran Payne and Siearra Burrowes;

Sister of Earl, Sammuel and Ian Gittens and The late Sylvester Gittens and Benley Kellman

A service of Worship, Praise and Thanksgiving celebrating the life and work of Sister Rosalie Agusta Payne will take place on Saturday September 09, 2017 at the Elim Gospel Assembly, Workmans, St. George, where relatives and friends are asked to meet at 10.00 am.  The cortege will then proceed to the Chapel Lawns, Coral Ridge Memorial Gardens, The Ridge, Christ Church for the interment.

Her body will repose for viewing Saturday from 9.00 am until the start of the service, no floral tributes by special request, however monetary donations toward the Church’s Building Fund will be appreciated.