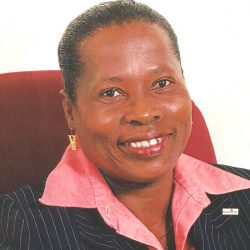 Light a Candle or Give a Gift
Obituary Viewed 4555 times

A Service of Thanksgiving celebrating the life of Vernease Onita Risbrook will take place at Christ Church Parish Church on Friday, December 16, 2016 at 2:30 PM followed by interment in the Christ Church Cemetery. Flowers may be delivered to St. George’s Home for Funerals no later than 11:00 AM the day of the funeral. The Organist and Members of the Choir are kindly asked to attend. A collection towards the upkeep of the Church will be collected during the service. No Mourning Colours by special request

Enquires of the funeral entrusted to Syd Jones’ St. George’s Home
for Funerals can be made at 839-5525 or 262-8740
Kindly post online condolences to: sydjones2005@gmail.com