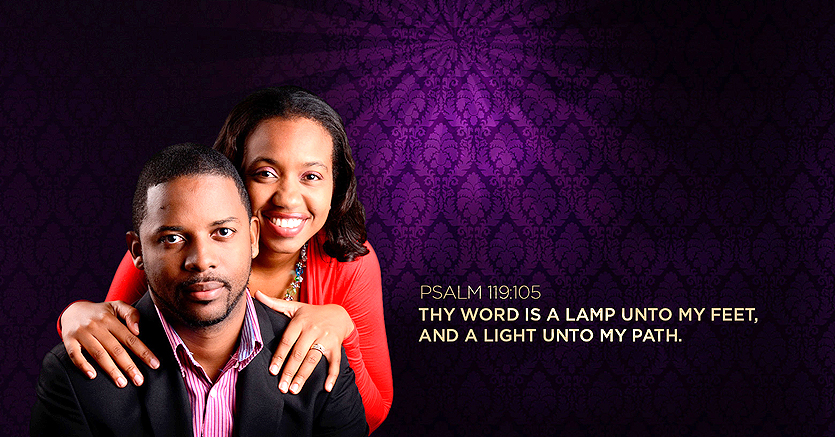 Prophet Janal Browne was born in Barbados and at a young age he started ministering to congregations in Barbados and around the Caribbean. His Prophetic walk began when he had a visitation by the holy spirit many years ago and the lord spoke to him concerning Ezekiel 2 & 3 and God gave him the mandate and scroll to go and spread the gospel to the Nations,Prophet Janal Browne has walked with various ministers and has had extensive training in the Prophetic ministry.Prophet Janal Browne has ministered in many miracle healing Services including countries such as Trinidad, St.Lucia, Guyana, and in the USA – Miami, Connecticut, Mansfield Louisiana, Las Vegas and many others, where hundreds have been healed including numerous miracles of blind eyes and deaf ears opened by the power of God in these services.

Prophet Janal Browne & Lady Victoria Browne are the Co-founders of The Prophetic Movement Ministry and popular radio program Connected To The Prophet on Thursday Nights @ 9:35 PM in the country of Barbados located in the Caribbean known as the (Islands). The Miracle Healing Services are held every other Saturday evenings at 6PM, many have testified of receiving supernatural transference of huge sums of money up to 7 million US miraculously,debt cancellations, bills miraculously paid off, supernatural oil and crystals appearing in the hands of people in these Miracle Services including the disappearance of cysts,fibroids and lumps.

Prophet Janal Browne travels extensively around the world where thousands experience the Supernatural Power of God. Prophet Janal & Lady Victoria were called out of 17,000 people to the stage by renown Evangelist Benny Hinn in 2013 at the Hasely Crawford Stadium, Trinidad & Tobago. Pastor Benny Hinn prophesied that Prophet Janal Browne will be one of the most accurate and influential Prophets in the world when it comes to prophecy, revival and the miracle power of God. Pastor Benny prophesied that Prophet Janal Browne will walk in a similar anointing as Prophet William Marrion Branham. Prophet William Branham was one of the most influential bible ministers of our time. He is considered to be the initiator of the healing and charismatic revival that began in 1947. Branham has been used by God in the name of Jesus to raise the dead. Pastor Benny Hinn prophesied and commissioned Prophet Janal and Lady Victoria to go forth to nations preaching the gospel of Jesus Christ.

Since then, Prophet Janal Browne has had major prophecies and revelations including the plane crash of Dr.Myles Munroe and wife from the Bahamas, including Prophecies such as the Asian Plane crash 2015, major changes in Government of Trinidad which happened 6 weeks after he Prophesied and the prophecy concerning Guyana October 2014 that they shall be a new government in a short while, which came to pass 8 months after. Prophet Janal Browne Prophecied March 28th 2015 in Front hundreds of Trinidadians “I see honorable Prime Minister Kamla Persad -Bissessar in the spirit her glasses fell reading the News Papers in shock she will loose this year 2015 elections” by September 9th 2015 the new Prime Minister Dr.Keith Rowley was sworn in.

January 2015 in King Jesus Ministry Miami with Apostle Guillermo Maldonado, Prophet Janal Browne received a prophecy to pray for the country of Germany with urgency, in one month, the suicidal pilot crashed the German plane. The recent International prophecy was given to the country of St.Lucia, Prophet Janal Browne warned thousands of St. Lucian’s on live radio to “repent and turn from the idols of witchcraft for I see an earthquake hitting this country and houses falling out the hills in a mud slide and i see a re-election coming soon to this Nation St.Lucia.”

Apostle Maldonado prophesied that Prophet Janal & Lady Victoria will walk in the shekinah Glory where many signs and wonders will take place wherever they go around the world. Prophet Janal Browne & Lady Victoria Browne have done filming with King Jesus International Ministry for International Television(TBN). Weekly many are receiving supernatural miracles of huge transfers of money on their accounts, some have receive debt free cars, supernatural jobs, hundreds have been healed and received salvation through the holy spirit in these miracle healing Services with Prophet Janal Browne, including many receiving huge inheritances, deliverance and supernatural cheques in the mail.